Compatible With Audio Output of iPod and Other MP3 Players 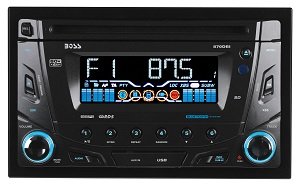 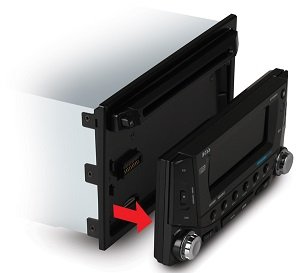 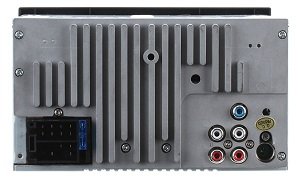 On the front of the 810DBI is an input labeled “AUX,” which allows the input of audio signals for MP3 players, smartphones, and portable music players.

Important: Please note that this feature is not the same as the “Full iPod Control.”

The 870DBI supports A2DP, a Bluetooth profile that allows for the wireless transmission of stereo audio from an A2DP source (typically a phone or computer) to an A2DP receiver (a set of Bluetooth headphones or stereo system).

Answer you phone with just one press of a button. Just keep on driving without any distractions.

The front face plate detaches so you can carry it with you.

If you happen to take the 870DBI outside of the U.S., you are able to pick up European frequencies so that you can enjoy your music abroad as well.

Radio Data System allows FM broadcasters to send more than just an analog audio signal over the air waves. Using a 57 kHz “subcarrier,” stations can transmit digital RDS data for reception by RDS-equipped FM tuners. Depending on what the broadcaster transmits and what your tuner can pick up, you can receive information such as the name of the artist/song, name of the station, genre, traffic information, and more.

The 870DBI offers four channels that can be used to hook up four speakers. Typically though, it is a much better practice to have an amplifier running your system.

What’s in the Box