Who Killed the Electric Car?

In 1996, electric cars began to appear on roads all over California. They were quiet and fast, produced no exhaust and ran without gasoline. Ten years later, these futuristic cars were almost entirely gone. What happened? Why should we be haunted by the ghost of the electric car?It begins with a solemn funeral…for a car.

In 1996, electric cars began to appear on roads all over California. They were quiet and fast, produced no exhaust and ran without gasoline. Ten years later, these futuristic cars were almost entirely gone. What happened? Why should we be haunted by the ghost of the electric car?It begins with a solemn funeral…for a car. By the end of Chris Paine’s lively and informative documentary, the idea doesn’t seem quite so strange. As narrator Martin Sheen notes, “They were quiet and fast, produced no exhaust and ran without gasoline.” Paine proceeds to show how this unique vehicle came into being and why General Motors ended up reclaiming its once-prized creation less than a decade later. He begins 100 years ago with the original electric car. By the 1920s, the internal-combustion engine had rendered it obsolete. By the 1980s, however, car companies started exploring alternative energy sources, like solar power. This, in turn, led to the late, great battery-powered EV1. Throughout, Paine deftly translates hard science and complex politics, such as California’s Zero-Emission Vehicle Mandate, into lay person’s terms (director Alex Gibney, Oscar-nominated for Enron: The Smartest Guys in the Room, served as consulting producer). And everyone gets the chance to have their say: engineers, politicians, protesters, and petroleum spokespeople–even celebrity drivers, like Peter Horton, Alexandra Paul, and a wild man beard-sporting Mel Gibson. But the most persuasive participant is former Saturn employee Chelsea Sexton. Promoting the benefits of the EV1 was more than a job to her, and she continues to lobby for more environmentally friendly options. Sexton provides the small ray of hope Paine’s film so desperately needs. Who Killed the Electric Car? is, otherwise, a tremendously sobering experience. —Kathleen C. Fennessy

Stills from Who Killed the Electric Car? (click for larger image)

Writer/Director Chris Paine Blogs About Who Killed the Electric Car 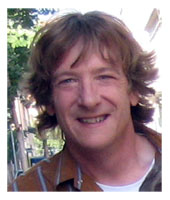 When Who Killed the Electric Car premiered at the Sundance Film Festival (on the same weekend as An Inconvenient Truth), we wondered whether movie goers were ready for a new kind of ‘action film’. Fortunately people jumped onboard and this seems even more true today.

We put this DVD together after the release of the film to include a dozen short scenes we couldn’t quite fit into our story. My favorite is one with Stan and Iris Ovshinsky who developed the revolutionary battery technology that powered GM’s electric car (and today’s Prius). These two brilliant octogenarians took our small camera crew on a Willy Wonka style tour of their inventions including the world’s largest thin film solar cell factory. As we stood under a football field size machine in Troy Michigan, I blustered “Is solar power back?” Stan exclaimed ” What?! Solar never went away… What was back was backward thinking!” And as his machine cranked out miles of solar cells above us, we knew he was right.

I’m especially glad that the optimistic last scene of Who Killed the Electric Car has proven that we weren’t just wishful thinkers when we finished our edit. The clips feature the first glimpse of the ultra fast Tesla electric sports prototype as well the Zenn neighborhood electric vehicle. Both cars are starting to roll off production lines today. And while the State of California (and some car companies) are still gambling on hydrogen fuel cells, plug-in cars are proving to be more environmentally efficient and popular. Early adopters deserve a lot of the credit. Oil companies and the internal combustion engine monopoly may have “killed” thousands of electric cars (EVs) in the 1990s, but EVs are coming back. (Stay tuned for next film…)

I hope you’ll find our documentary takes you on a wild ride out of the 20th century and into the 21st. –Chris Paine, Writer/Director