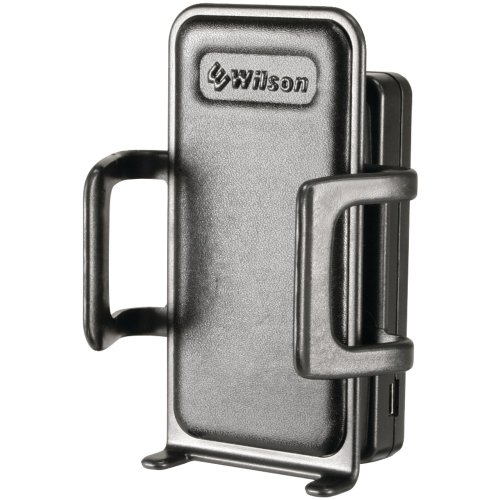 Reduce dropped calls, increase 3G data rates in weak signal areas and originate calls from dreaded “dead spots” with the Sleek Cell Phone Signal Cradle Booster from Wilson Electronics. The Sleek and its external vehicular antenna increase any phone’s output power to the cell site while improving its ability to hear signals it normally cannot, keeping you more reliably connected. It extends the calling range and signal strength of any phone on any North American cell service provider’s network (except Nextel/iDEN).

Built into the Sleek cradle is a Wilson bi-directional signal amplifier and battery charging port. The cradle is ideal for hands free operation in conjunction with your headset or Bluetooth device. Designed for simple set up, the Sleek can be easily moved from vehicle to vehicle.

How The Sleek Works

The roof-mounted antenna receives the phone’s signal from the cell tower and sends it to the Sleek cradle via cable. The signal is then boosted by the Sleek’s built-in amplifier and then transmitted to the cell phone by its built-in antenna. The process is then repeated in reverse to send a boosted cell phone signal back to the cell tower. The Sleek operates on both the 800 MHz (cellular) and 1900 MHz (PCS) frequency bands, and meets all FCC and Industry Canada technical specifications.

What’s in the Box

The use of radio distribution equipment that enhances, extends or amplifies a wireless signal may be prohibited without the consent of the wireless carrier upon whose network such equipment will be used. You should consult with your carrier before purchasing such equipment to use with that carrier’s service.

Use the Wilson Electronics 301125 Magnet Mount Antenna with this signal booster. 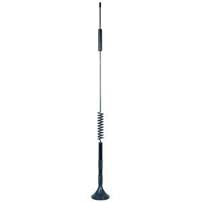